My poem “Dear Mentor/Tormentor” is published in Love where the Nights Are Twice As Long: Love Letters of Canadian Poets, http://gooselane.com/books.php?ean=9780864923844, from Goose Lane Editions.

This One’s for you

It’s not
For rent

Till next we
Meet, we part,

Poems and Prose, up on the links below 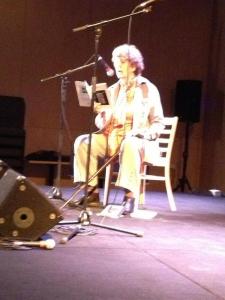 “Dear Mentor/Tormentor”, Love where the Nights Are Twice As Long: Love Letters of Canadian Poets from Goose Lane Editions, http://gooselane.com/books.php?ean=9780864923844. The audio for this poem is up on
http://wherethenights.tumblr.com/post/109303073146/penn-kemp-1975-age-31-from-where-the-nights-are, http://wherethenights.tumblr.com/. The poem can be read on https://pennkemp.wordpress.com/2015/01/28/love-where-the-nights-are-twice-as-long-love-letters-of-canadian-poets/.

“Die Versify,” Revolver. http://www.around-around.com/short/.
“magnificent and powerful.” Edward Pickersgill
https://pennkemp.wordpress.com/2015/01/02/remember-summer-die-versify-a-poem/. The original version is on http://www.mytown.ca/ev.php?URL_ID=104018&URL_DO=DO_TOPIC. My text and performance are sampled and synthesized by composer Bill Gilliam for their CD, From the Lunar Plexus.

Warm wishes for the New Year… may it be propitious, prolific and politically astute!  Happy, healthy too…. 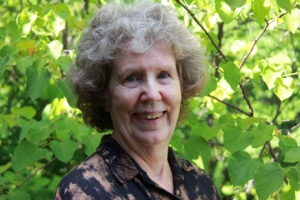 London writer, poet, playwright, performance artist and author Penn Kemp is one of 14 London area writers whose scripts will be performed at the Grand Theatre’s McManus Studio Friday and Saturday for the Playwrights Cabaret. Her script, Homeward Bound, is based on her father Jim, inset with his wife Anne, and his experiences when he returned to London after serving as a lieutenant-commander in the navy during the Second World War. (Free Press file photo)

London poet, playwright and author Penn Kemp is familiar with “dreams and expectations.”

So when the Grand Theatre announced the theme of this year’s Playwright’s Cabaret would be just that, Kemp thought of her father, the late Jim Kemp.

“I immediately thought of my father, imagining him coming home to London and finding out it had stayed still, but he was so changed,” said Kemp, one of 14 playwrights whose new scripts will be read Friday and Saturday.

“During the war he served as a lieutenant-commander in the navy. Even though he was young, he’d been given the responsibilities of a much older man and then to return and find himself stifled by this conservative ­community.”

This is the 12th edition of the cabaret, where London and area playwrights are asked to submit scripts. Those selected are then workshopped with a dramaturge, director and actors to explore and develop characters, story, theme, style and other issues.

The final versions are then rehearsed and performed. This year, the directors are Jeff Culbert and Heather Davies and the actors include Aidan deSalaiz, Hannah Drew, Chris George and Rachel Jones.

“It’s amazing to have a chance to have something workshopped because, as a playwright, you can see where it can really take off (as a full-length script),” said Kemp. “You get insight into your play and see how it’s lifted off the page.”

Many of the scripts are eventually developed into full-length one or two-act plays.

It was the Cabaret where Kemp began work on The Dream Life of Teresa Harris.

“I think this program has really developed the quality of our local play writing,” said Kemp.

Among those benefiting is Trish West, whose script, The Game of Life, is being developed. This is West’s second time at the Cabaret. The last time she developed Bucket List.

“It’s a good way to hear your work before you put it on stage,” said West. “You get feedback from other writers, the dramaturge, the directors, the actors and the audience.”

My new ten-minute play, Homeward Bound, will be presented on Saturday, January 17th at 8:00 pm in London’s PlayWrights Cabaret.

Plays presented will be:

More plays by local writers will be presented on January 16th.

Homeward Bound focuses on the difficulty of a World War 2 veteran and artist. He comes back to work at his former job at the London Life Insurance Company, to find that things have changed drastically in the six years he was at war. Society has shifted at home. Because the competition was anonymous, I wrote the play in the third person, with fictional characters.

Heart P’Arts, the full-length play, will be told from the point of view of my father, painter and publicity exectutive Jim Kemp, and his role in the arts community mid-twentieth century.  He is pictured above with his wife, my mother Anne Kemp. Thanks to AlvegoRoot Theatre’s support!

I’m happy to participate in The Grand’s grand Cabaret and grateful for grants through OAC Theatre Reserve and London Arts Council!

Deep in summer
stillness, an electric
hum of air conditioner
in B flat flat monotone
entrains my body
monotonous.

Heat produced to cool
my neighbor thrums
the outside air, heats
up our collective night.

The only spell breaker
is a tape of Tibetan chant.
Deep harmonic overtones
conjure a resonance,
disturb the sine waves.

Sleepless in the Beaches,
I resist the single sound
as Blake deplores single
vision and Newton’s sleep.

The sound of the perpetual
twentieth century
colonizing our future with

Somewhere beyond
the pervasive rattle,
waves break on the shore.

Species diversify or die.
Imagine the endless
verse if I could only
sleep.

Activist poet, performer and playwright Penn Kemp is Creative Age London’s writer-in-residence. She is inaugural Poet Laureate for London Ontario, a Life Member of the League of Canadian Poets, and a recipient of the Queen Elizabeth Diamond Jubilee medal. Penn has published twenty-six books of poetry and drama, has had six plays and ten CDs produced, as well as award-winning videopoems. As Writer-in-Residence for Western University, her project was the DVD, Luminous Entrance: A Sound Opera for Climate Change Action, Pendas Productions. She hosts an eclectic literary show, Gathering Voices, on Radio Western. Quattro Books has recently published the second edition of Jack Layton: Art in Action, which she edited. Her latest play was the sold-out production of The Dream Life of Teresa Harris.

This poem was publshed on December 31, 2014, http://www.around-around.com/die-versify/.
The original version is up on http://www.mytown.ca/ev.php?URL_ID=104018&URL_DO=DO_TOPIC&URL_SECTION=201.  My text and performance are sampled and synthesized by composer Bill Gilliam for our CD, From the Lunar Plexus (Pendas Productions). https://www.youtube.com/watch?v=tX-tOHRleH0#t=23.