Open to all – no charge/admission

Come prepared to raise the roof of your imagination! 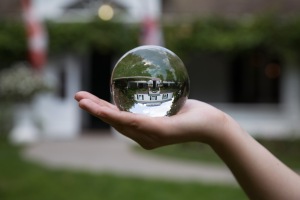 Part of the Planning Your Creative Retirement Series

“Penn will read a scene from her plays to serve as inspiration for your own writing, whether as dialogue or as poetry or prose, whatever form it may take.

We will work with memory, sound, dreams, images and character development to conjure evocative new waysof entering your writing. Perhaps a memoir will emerge; perhaps a history: be open to the surprise of possibility.

Penn Kemp is delighted to collaborate with Creative Age London and London Public Library during this Workshop series.

Free and open to the public.  Free parking through London Public Library.

Nov. 12th – 7pm,  Vision and Plan for your creative retirement

I invite everyone to my upcoming events, all of which are free and open.

3.  “Meeting Your Muse”, a workshop that is part of the Creative Aging Festival. You can show up for 7, leaving Aqua just a tad early:)   Details on http://www.eventbrite.com/e/meet-your-muse-creative-writing-workshop-with-penn-kemp-tickets-13116145745.

Kind thoughts on these terrible days for Ottawa… and Canada. 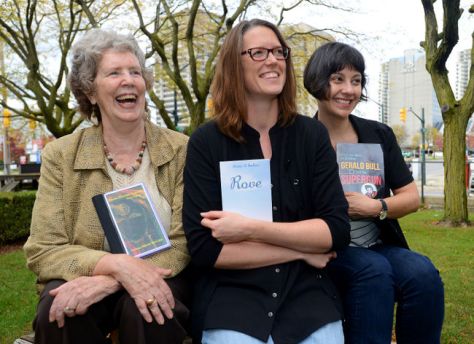 Long overdue and much anticipated, the nine months or so in the making 2014 Words fest demands to be heard in London next weekend.

Properly known as first edition of Words: The Literary and Creative Arts Festival, it’s a big and joyful three-day celebration of books, poetry, song, children’s literature, writing for the screen and stage, new media, spoken word performances and much more.

There have been fests and events similar to Words in word-happy and Words-starved London before — just not a Words fest itself.

Which has startled and maybe kick-started the Words organizers, who represent a good range of London creativity.

“That was the thing that surprised me the most,” Western’s Josh Lambier, one of the organizers, said this week.

One of the fest’s lasting gifts will be the way it puts so many London talents on the same page. That happened in a mini-fest when three of Words local heroes — poets Laurie D. Graham and Penn Kemp and graphic novelist Diana Tamblyn — finally met each other, all three at the same time, to talk Words at The Free Press.

Their Words words were beautiful to hear.

“It’s meaningful that we’ve got local people — Joan Barfoot — among the top tier Canadian talent. We’re right up there. We have a lot to be proud of,” said Tamblyn.

“It‘s time for London. London’s been such a Mecca of the arts for generations but never had a literary festival,” said Kemp.

For her part, Graham said fall is the time for getting out sweaters and readying stew recipes — and fests such as Words.

“That’s one reason” for late October to be lit fest time in London, Graham said. “The second reason has to do with something my mother actually said” about hearing one-time Londoner and CanLit superstar Michael Ondaatje read. “‘I can’t remember the last time someone read to me. It was the most relaxing feeling ever,’ ” Graham’s mother told her.

Added Graham on getting-read-to total joy: “A lot of people do that to their children — but then don’t have it in their own lives. It’s good for adults, too.”

The three new friends in London words and images took turns praising the Words lineup for its balance between local and universal (or non-London) and diversity of genres, locations, voices. True words.

The fest has a hectic schedule, starting with a Lam reading at Western on Friday, Oct. 24. Count on seeing Graham, Kemp and Tamblyn — and all our other local heroes — in the thick of the creative fray right up to the finale on Oct. 26 with #PoetryLab at Museum London.

It’s no wonder Lambier and the other organizers are amazed at the creative energies and action they’ve helped conjure into London at long last.

“That’s a good question,” Lambier said when a Words admirer wondered how many voices/writers/creative forces might be experienced next weekend. “I haven’t really counted up how many writers we have.”

That’s a good sign. Words is a fall harvest of plenty — and you can never have enough good Words people in town on the same fall weekend.

What: Words festival, billed as London’s inaugural festival of creativity through the written and spoken word, is a weekend celebration of creative ideas, artistic expression, and cultural diversity. It runs Oct. 24-26. Presented by Museum London, LPL, Poetry London, Western University and private sponsors.

A basics bio: Long a Londoner but lived “away” for decades, in such places as the Toronto Islands. Home base is her parents’ house, where she grew up in the Masonville area, part of it devoted to her father’s (the late London artist Jim Kemp) former studio. Dozens of books of poetry, plus plays, sound operas, performance artist appearances. Activist. Collected coast-to-coast memories of late NDP leader Jack Layton. The League of Poets calls her one of the “10 foremothers” of Canadian poetry. Did a terrific job as London’s first (and so far only) official poet lauerate, 2010-12.

On her Words radar: Has read Saskatchewan novelist Guy Vanderhaege in full “But I’ve never met him — so that’s exciting.”

A basics bio: Arrived in London from Toronto, Victoria etc. in fall of 2013. BFA from University of Victoria. Teaches Fanshawe College classes how to eliminate comma splices. First book, Rove, was a finalist for the League of Canadian Poets Gerald Lampert Memorial Award, for best first book of poetry published by a Canadian in the preceding year. Also a runner-up in CBC’s Canada Writes, winning $1,000 from the Canada Council for the Arts.

On her Words radar: “Guy Vanderhaeghe is one of them absolutely. Jeramy Dodds. I know him through Brick Magazine a little bit.”

What: London-raised graphic novelist helmed one of 2014’s enduring cultural triumphs, the first Ting Comic and Graphic Arts Festival honouring longtime London Free Press editorial cartoonist Merle Tingley and creative artists from contemporary field. Beginning to shape its second edition, expected to offer new lineup. Published remarkable graphic novel From the Earth to Babylon: Gerald Bull And The Supergun, her account of the life and death of Bull, a brilliant Canadian scientist who produced weapons for Saddam Hussein and was assassinated in an unsolved 1990 killing.

On her Words radar: “Joe Sacco — it’s a real coup that we got him. To me, he’s a world-class talent.”

What: Comments from a Words fest organizer, Josh Lambier, who is completing his PhD in literature at Western and is director of the public humanities program at Western.

Mission accomplishment: “Our mission (in the public humanities program) is to try and create more opportunities for the humanities to link the campus and the community. So a festival is ideal. It’s one of the best ways to have the public interact with the university on ideas and creativity.”

The price is write: “A big priority was to make sure a substantial amount of the festival was free.”

Malala, your name sounds like a song
but it means grief-stricken in Urdu,

language of poets. You are named
after a poet, a warrior woman and
you have so lived up to your name.

“Every girl in Swat is Malala. We will
educate ourselves. We will win. They
can’t defeat us,” states her classmate.

The courage it takes to cross borders
defined by others, courage to uphold
freedom to read, learn, speak­ to be
the fully human that is our birthright.

Now it’s our turn to take up the call,
education for every child for which
women and girls today rally across
India, Pakistan and Afghanistan lands.

Malala, Malala. I hear the ululation
of lament and of celebration for her.

Can you hear what she’s crying? You
can join her common cause. But how
fares the girl in her hospital bed?

That beautiful face blasted. Her voice
silenced, her eyes shut. Hang on, girl,
hang on. There’s work to be done and we
desperately need such spirit among us.

Her father cries when Malala falls that all
Pakistan stands up. And now she too can
stand, what will Pakistan do? March on…

Grief is no time for emotion. Let sky open
and open to more sky. Light, we call for
light to dispel the darkest oppression. Her
name on a million lips in many tongues.

And the elation one year later: nominated
for The Nobel Peace Prize and still speaking
out for girls, though she says there’s so much
more to do.

Published in http://didiodatoc.blogspot.ca/search/label/Penn%20Kemp and
Poems for Malala Yousafzai edited by Joseph Hutchison —https://www.goodreads.com/book/show/18405178-malala

Looking forward to this, Thanksgiving!